Makiguchi spent almost 500 days in confinement. The military position of Japan was growing ever more desperate; allied bombing raids against Tokyo and other major cities had become a daily occurrence. Food rations for civilians were increasingly scant. Needless to say, the portions for those imprisoned as domestic critics of the regime were woefully inadequate.

Makiguchi's last letter to his daughter-in-law Sadako and his wife is dated October 13, 1944.

On October 11, I received your letter dated October 5, with the news of Yozo's death in battle. I also received the jacket, inner jacket, socks and a fabric belt (sash) which you kindly sent.

This news was shocking and disheartening. But even more than that I am concerned about you two and was relieved to learn that you are taking the news with a high-minded determination. Sadako, you have been very strong and this is truly reassuring to me. I feel your dearness to me with an intensity greater than if you were my actual child. The way you have raised Yoko to be so wise and the kind, daughterly care you have shown us--this has been the single solace of our old age. The letters [Yozo's and his] should be kept as a lasting memorial of the Makiguchi family. Please do that for me. Inform only those who were genuinely close [to Yozo]. Don't forget his aunt in Hokkaido. I imagine this must have been some obstacle in faith. It will become clear in time. The most important thing for the two of you is your faith in praying for his repose, seeing clearly the honor that he died not of illness, but in battle for his land and sovereign.

I am reading Kant's philosophy with care. I have been able to develop a theory of value such as philosophers have attempted but been unable to realize for the past century. Further, I have been able to link this to a faith in the Lotus Sutra and now can see the actual proof of several thousand people [who put this into practice]. I must admit my own astonishment at this [achievement]. It is for this reason that the three obstacles and four devils have arisen. It is exactly in accordance with the teachings of the sutra. 1 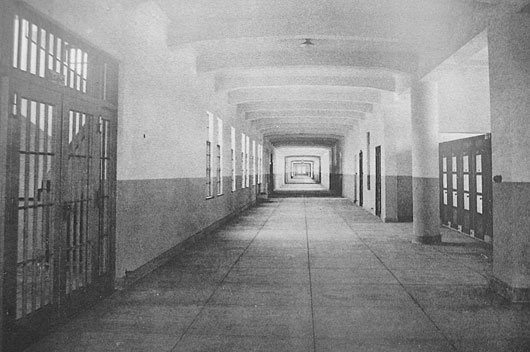 A little more than one month later, on November 18, 1944, Tsunesaburo Makiguchi died in prison of old age and malnutrition. To the end he refused to recant or compromise his beliefs, dying a martyr to the values of peace and human happiness--the values that had informed and motivated the activities of a lifetime.