Having established his framework for observation and analysis in the introductory chapters of The Geography of Human Life, Makiguchi turns his attention to specific physical and geographical features and their influence on human life. He begins by locating humanity within the universe, describing the impact of the sun, and the light and warmth it provides, on the life of human beings on Earth. This is followed by an analysis of the impact of Earth's shape, movements and relative distribution of land and water masses on humanity's life activities. For the rest of this part of the book, Makiguchi analyzes and tries to identify principles governing human interactions with such geographical elements as islands, peninsulas, isthmuses, mountains, plains, rivers, lakes, oceans, coasts and harbors. 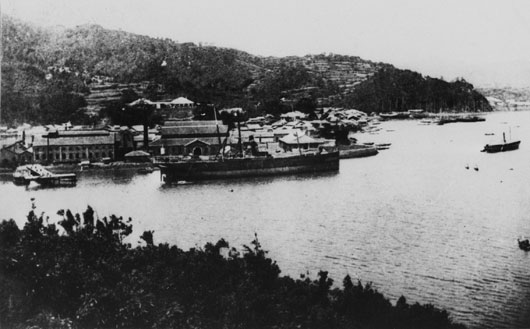 The treatment of oceans illustrates Makiguchi's belief that genuine, meaningful geography must be understood in terms of the transformative human interactions with their physical circumstances. Oceans, for example, can serve either as isolating barriers or as connecting global routes, depending on the human factors brought to the equation. For most of history, fear and trepidation of the oceans kept people from venturing to cross their vast expanses. But with the deployment of human wisdom in the form of navigational technologies, as well as the courage and vision to venture into unknown regions, the same oceans were transformed into "smooth thoroughfares" connecting all the world's peoples. 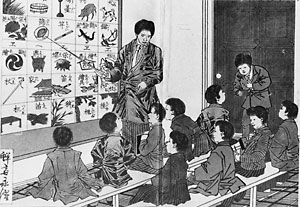 Makiguchi expresses a clear awareness of the tragic consequences for many previously isolated societies suddenly brought into contact with the overwhelming technical, economic and military capacities of the western powers. At the same time he identifies the development of knowledge through education as the fundamental means by which humans--individually and collectively--can effectively respond to any challenges the natural or political environment presents. For Japan, in particular, he urges a further opening to and engagement with the world. In other words, he proposes that the Japanese people proactively redefine the meaning of their physical circumstances in order to transform themselves from an "island people"--marked by a withdrawn insularity, fear of change and suspicion of strangers--to become a "maritime people" engaged with the entire world through trade and cultural interactions.

From the observations in the preceding two sections I sense both the necessity and the possibility of describing at some length the distinction between island nations and maritime nations. Spurred by the kinds of stimuli described above, humankind set determinedly out onto the oceans and, in doing so, we have come to realize that the oceans are not to be feared, but to be understood and appreciated, like an intimate friend. Further, we have come to see that even the most distant and exotic places can be reached if we are determined to do so, and on the path to reaching these places we can savor the wonders of being almost completely free from the complications and interferences of human artifice. Knowing this, who would let themselves fall into the backward-looking hesitations common to those who have withdrawn to a landlocked way of life? [1903]1

While Makiguchi is committed to helping Japan find its proper role, he is able to view Japan's current place in the world with a dispassionate objectivity virtually unknown among his contemporaries.

For example, our Empire of Greater Japan is, within this global economic market, a rather run-down shop occupying a long, narrow, bumpy and uneven site on Pacific Avenue from Latitude 21° to 51°North, Longitude 120° to 156°East. The Japanese people sit in the storefront warming themselves by the fire, nonchalantly smoking tobacco and waiting for customers. Japan is a nation of 40 million store clerks, a silk or tea or dry goods shop with a cherry blossom mark over the entryway. [1903]2

Also unlike many of his contemporaries, he entirely avoids any discussion of so-called national or racial essences. Whatever qualities prevail within a culture are understood as the product of interactions between a people and its physical setting; they are, ultimately, the cumulative result of the history of choices made by that people. Makiguchi avoids both the forms of biological determinism that served as the basis for colonial exploitation and any geographic determinism. Humans, in his view, are always able to choose their response to the challenges and possibilities of a given set of circumstances and thus shape their own future.