[The following are sample pages from textbooks used in schools in Japan in the early 1900s.] 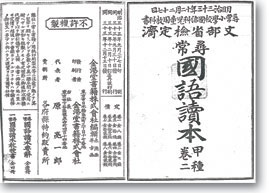 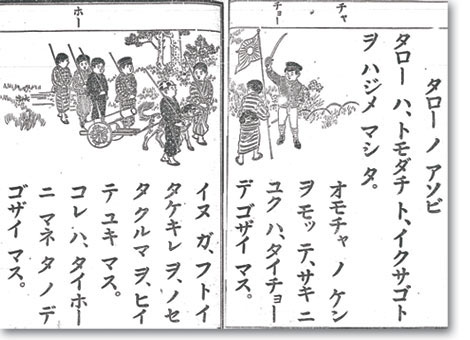 "Taro is playing war games with his friends.
Holding a toy sword, the commander leads the team.
A dog pulls a cart carrying a thick bamboo stick, imitating a cannon." 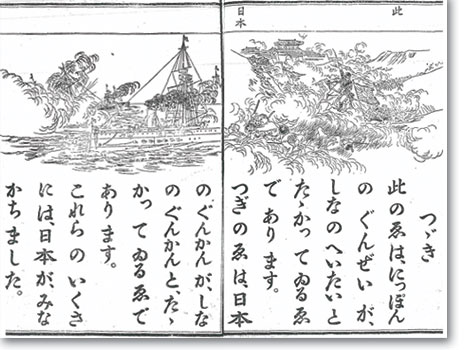 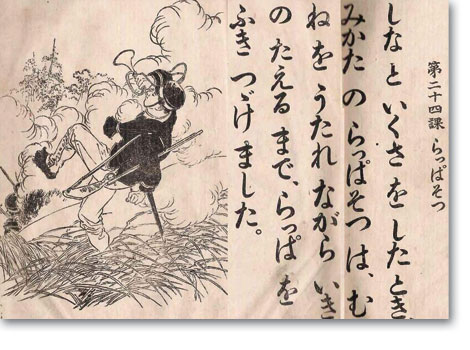 "During the [1894-95] war with China, a Japanese bugler boy was shot in the chest. But he continued blowing the bugle until his dying moment." 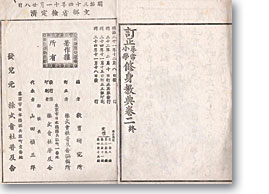 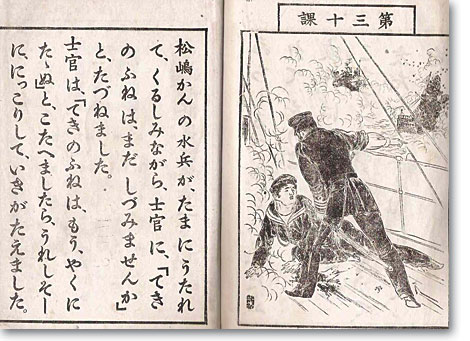 "A sailor on [the Imperial Japanese Navy] Cruiser Matsushima, shot and in pain, asked his officer, 'Has the enemy ship not sunk yet?' When the officer replied, 'The enemy ship is already useless,' the sailor died with a happy smile."