[The following are sample pages from textbooks used to teach Korean children the Japanese language during the period when Korea was annexed to the Empire of Japan (1910-1945). The children were taught that they were part of Japan, and thus they had no national flag but the Japanese hinomaru flag.] 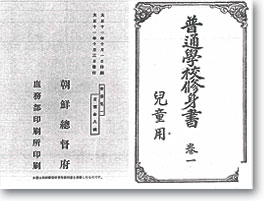 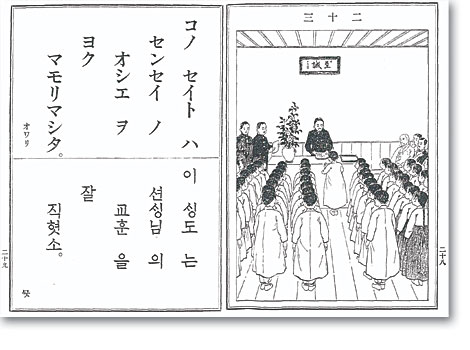 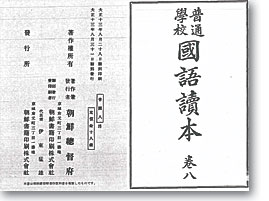 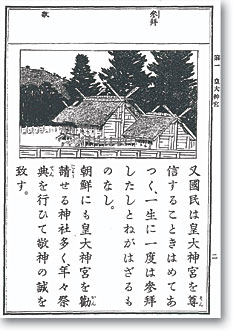 "The Japanese nation worship the Ise Shrine very devoutly. There is no one who does not wish to pay pilgrimage once in his lifetime.
There are many branch shrines of the Ise Shrine in Korea as well. They perform ceremonies every year to show their devotion to the gods." 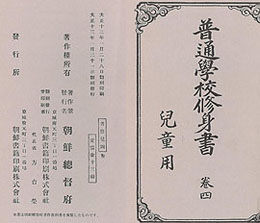 Textbook issued by the Office of the Japanese Governor-General in Korea, 1924 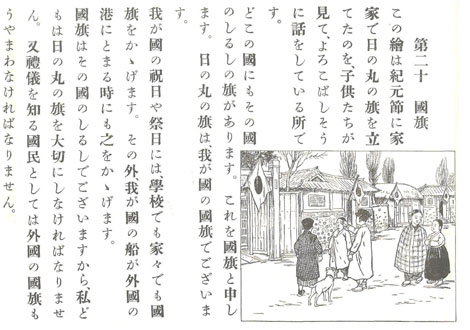