Home » Educator » As an Educational Reformer » Theory into Practice

In all the Pedagogy ran to four volumes, with the final volume published in 1934. Further volumes with full curriculum outlines were planned, but were never published. In the third and fourth volumes of the Pedagogy, Makiguchi made specific and concrete proposals for reform of the educational system. These include: the abolition of the system of official inspectors who functioned to promote the ideological stance of the state; the creation of an examination system for school principals to eliminate the kind of favoritism and nepotism that often characterized these appointments; and the establishment of a national institution for educational research.

Makiguchi also urged the implementation of a half-day school system, in which children would spend half the day learning in school and the other half in meaningful productive work, learning a trade or developing practical skills. This last proposal was in line with Makiguchi's larger project of integrating the school into the community and formal learning into the realities of children's lives.

By the time the fourth volume of the Pedagogy was published, Makiguchi had retired from his long career as a teacher and principal. The tone of Japanese society had undergone a sharp shift. The period of relative openness after World War I came to an end as economic depression created the conditions for ideological radicalism and politically inspired violence. The forces of militarist fascism were using claims of the absolute authority of the emperor to expand their influence domestically and to justify an increasingly aggressive stance against Japan's Asian neighbors.

Educational practice in Japan was directly impacted by this, becoming steadily more nationalistic in tone until, in the early 1940s, it had degenerated into a system for the mass indoctrination of children. Makiguchi's educational philosophy ran directly counter to the prevailing trends of his times. His assertion that happiness is the purpose not only of education, but of our very existence, would bring him into increasingly sharp confrontation with the enforced orthodoxies of state authority. 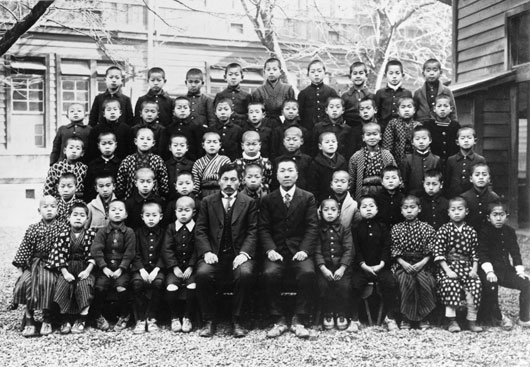